'I can't thank CHAS enough for everything they did for Tommy, and for the support they've given my family, since losing him. '

'We want to do whatever we can to give something back, and to help other families, going through the heartbreak of losing a child'. 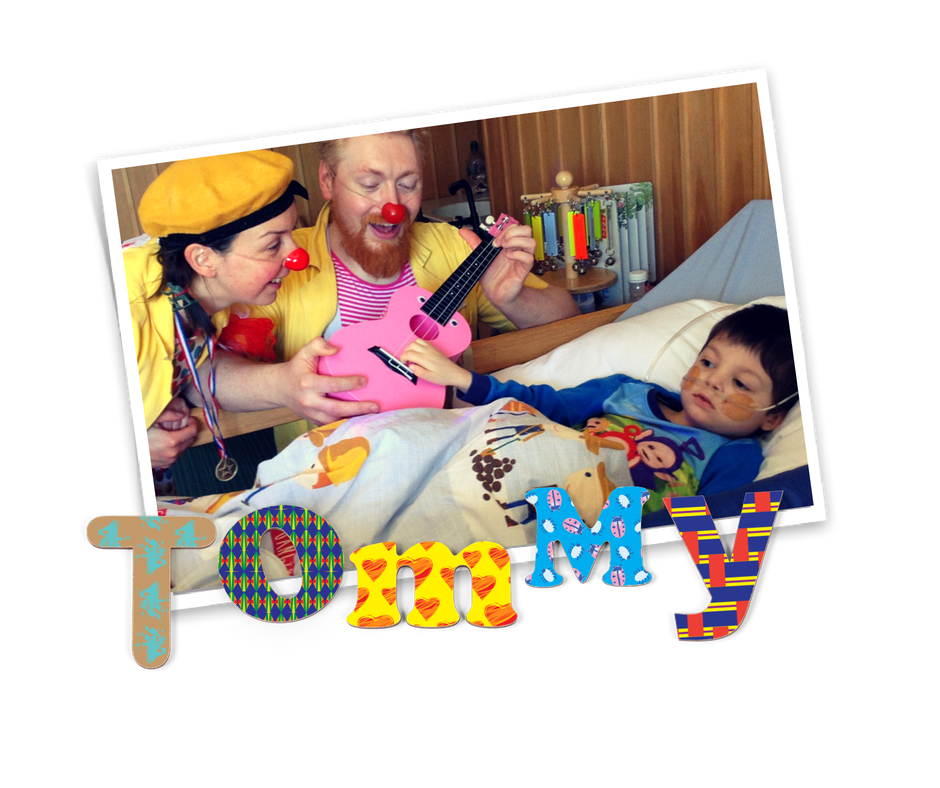 'My grandson Tommy was born on the 14th of May 2011. He was two weeks early. He had a lot of health problems from the start - he was partially deaf and had difficulties walking, eating and speaking.

When he was four, Tommy took really ill and was flown to Glasgow Children's Hospital, where we found out that he had Dilated Cardiomyopathy after a virus had attacked his heart. We spent six weeks in Glasgow, after which he was sent home on different medications.

Things got really bad in late 2016, when he caught three more viruses on Christmas Day. He was airlifted to Glasgow again, where he stayed for four months. It was then that he was diagnosed with heart failure.

At first, the doctor's thought he would be able to get a transplant, but that turned out not to be the case. It was during this time that a nurse came up from Newcastle about a heart transplant - but we got the devastating news that Tommy was unsuccessful.

Whilst his parents were staying with Tommy in hospital, I looked after his older brother, twelve year old Jake, back in Huntly, arranging fortnightly trips down to Glasgow so the whole family could be together. I think this time was particularly hard for Jake.

It was around five months before Tommy died that we found out about CHAS, through a nurse at the hospital.

Robin House is just amazing: it felt a lot more informal than the hospital, with a lovely big lounge, where you could have a chat with other families in a similar situation. It's such a special place; like one big family who will support you in any way they can to make your child's life as normal as possible. We had so many amazing experiences there! Tommy loved playing in the hydrotherapy pool, went to see Disney on Ice, and we got lots of footprints and handprints made up, too. We made lots of precious memories that we'll never forget./p>

We had so many amazing experiences there! Tommy loved playing in the hydrotherapy pool, went to see Disney on Ice, and we got lots of footprints and handprints made up, too. We made lots of precious memories that we'll never forget.

The staff and volunteers were also amazing, and always went that extra mile for us.

Jake loved spending time with volunteer Gordon, who provided a great deal of comfort to him after Tommy had passed away, and we're also grateful to the Chaplain, Amanda, who helped us organise the funeral service, and our Key Worker and Senior Staff Nurse, Louise. She was always there for Tommy's parents, Denise and Stephen, for any worries or questions that they had, and has kept in contact with them since Tommy passed.

Jake benefitted from Robin House as well: he got taken out for trips at Braehead, and took part in lots of fun activities during his stay. Jake was able to talk to Gordon when he was scared of upsetting us, too.

It was June 2017 when we made our final trip to Robin House.

Tommy had become very ill, very suddenly. We lost him on the same day that we arrived, and stayed for a few weeks after, to come to terms with it all.

Even after Tommy had passed, the nurses still came into the Rainbow Room and spoke to him every day. I think that's a lovely touch.

Since his death, we've tried to keep positive. Tommy's mum, Denise, started a job as a support worker for adults with learning disabilities - she wanted to put all of the things she'd learnt caring for Tommy to good use.

I'm so proud of her.

We also set up a fundraising group called Tommy's Troopers, which raised just over £5,000 in its first year, which was amazing!