Peter brings vast experience and knowledge of Public Affairs to the Board. He is a member of the Corporate Governance and Risk Committee.

Peter is Director of Public Affairs and Deputy Managing Director at independent communications agency Indigo, where he's worked for more than eight years. 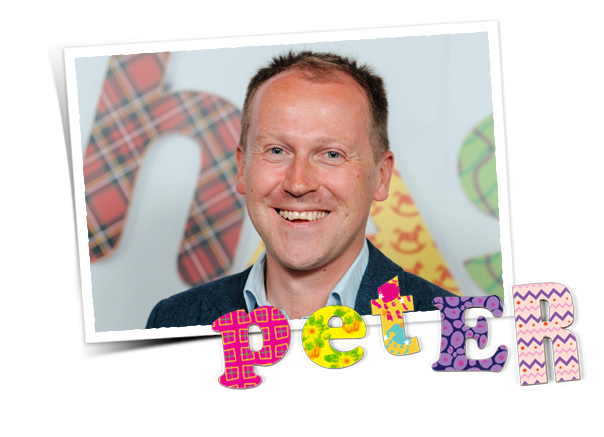 Previously Peter worked for the Federation of Master Builders Scotland and political monitoring agency Newsdirect. He has an MA from St Andrews University and an MSc from the London School of Economics & Political Science.

Peter grew up in Belfast but moved to Scotland to study at St Andrews where he met his future wife, Hilary. They eventually settled in East Lothian and now have three young sons, Sam, Ruaridh and Hamish who take up most of their spare time.

Peter studied Ancient History as his first degree and he's still a massive history geek. He also enjoys movies and travel and tries to keep fit by running.

There's something special about CHAS's approach that gets under the skin of anyone who encounters it. Its people are always there to put a big arm of support around families facing the toughest of circumstances and if the organisation didn't exist - and didn't operate with the very distinctive and special spirit of joy that it embodies - then Scotland would be so much worse off.