The unforgiving slopes of Everest have been the ultimate test of endurance for centuries, and the “mother of mountains” (as it’s known to locals) has bested many famous explorers over the years. But despite the risks, a group of intrepid young people from the north-east of Scotland have decided to take on this incredible challenge and raise vital funds to help CHAS ‘keep the joy alive’. 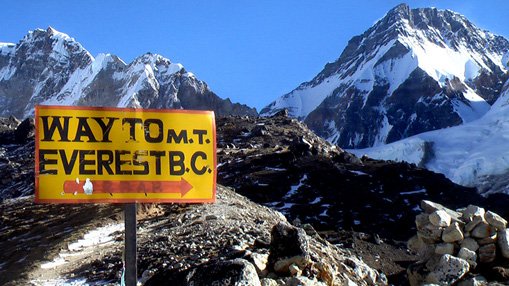 Gruelling trek to Everest base camp

The 16 students from Aberdeen University have each committed to raising £2,940 in sponsorship for their gruelling trek to Everest base camp, which will add up to almost £50,000 in total. Physiotherapy student Hannah Levin, 19 (originally from Dundee) is one of the brave students making the trip.

"I'm quite nervous as I've never done anything like this before", she told CHAS, "just bits and bobs of climbing really. But I'm really excited as I know it's for a great cause. Many of the students who have signed up are studying medicine or another healthcare-related subject, so we've heard of CHAS and the incredible work they do in Scotland. We're going to practice by climbing Ben Nevis, which is a big undertaking in itself! But it's all worth it because we're focused on raising funds for the hospices."

The students have lots of exciting plans and fundraising ideas. "We're going to be putting on a big ball in Aberdeen soon, watch this space for details!" says Hannah. "And we've already had a big fundraising boost this year: when I'm home for the holidays I work in a café called Coffee and Co. in Dundee. The staff at the café decided to donate all of their 2017 tips to our sponsorship fund to get the ball rolling, it came to £1,000 in total. We were all really grateful."

Other plans include quiz nights, bag packs, and sponsored runs. "We're heading to Everest on the 28th August, so we're going to be very busy in the run-up to the trek. As well as fundraising, we also need to train for the expedition as conditions at the base camp are pretty harsh, and we'll be walking at high altitudes. We'll be climbing a lot of hills wearing heavy backpacks to practice!"

If you want to support Hannah's fundraising efforts, go to https://www.justgiving.com/fundraising/hannah-levin.