It has been a busy few months here at CHAS, so I have put this update together to inform you of some of the exciting things that have been happening as we head into November. 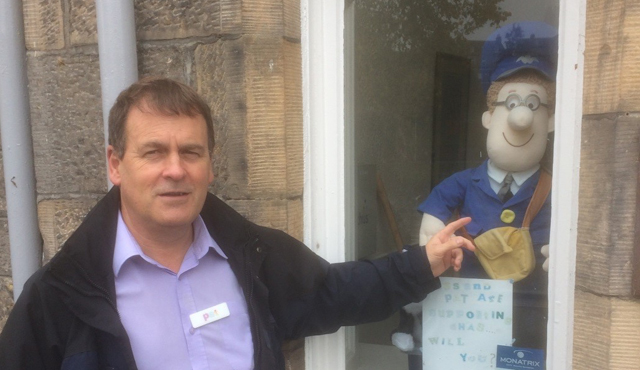 Some of the most exciting developments have to be CHAS's involvement in an international children's palliative care network (www.icpcn.org.uk) meeting in Durban in May of this year, and to be able to say that the Children in Scotland requiring Palliative Care (The ChiSP Study, 2015) is still being considered in detail. It remains the only study in the world offering prevalence and numbers of children with palliative care needs for one whole country: Scotland. It has allowed us to be portrayed in a very positive sense, but also has allowed CHAS to be able to offer a view of children's palliative care across the rest of the UK and Eire, but well beyond that as well. 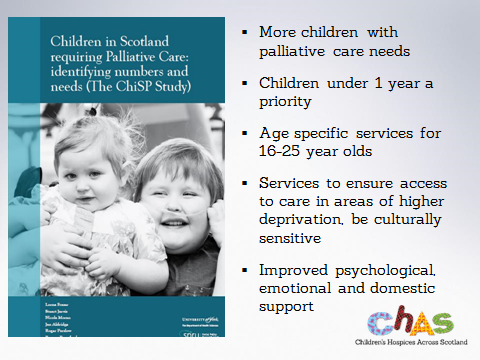 The summer at CHAS was busy with a mixture of visits for babies, children and young people with palliative care needs on both planned and urgent bases, and we continue to have a higher number of referrals than in previous years, which is very much our aspiration as "REACH" continues to grow. To be able to do this we need more highly experienced nurses and doctors, as well as a whole set of allied care practitioners.

On the medical front, in August, Dr Sarah Coy joined us to work part-time in NHS Ayrshire and part-time with CHAS, and in November we anticipate that Dr Fariel Rahman, who is a consultant paediatrician with a special interest in neuro-disability, will start on a 6/10 full-time basis! This is very exciting, as I am sure I do not need to point out. Additionally, there are more CHAS at Home staff than ever in post, and we will soon have a Diana Children's Nurse in Aberdeen AND Inverness, so we are gearing up to cope with increasing REACH, and adding to it.

The publication of the next phase of The ChiSP Study ("ChiSP 2") is likely to be available later this year, and it looks as though it will show a further increase in the number of children with palliative care needs in Scotland - more on this in due course as we get definite numbers. Meanwhile, after a busy summer, I took my annual leave in September so I was able to experience the remote beaches and coves of the West of Ireland in Co Donegal, which was great (not least as wifi was patchy!).

I returned to "full-on times" with CHAS, and in my first week back was off on a two day trip to York to be part of the Martin House Research Centre (MHRC) Advisory Group on Thursday 19 September. I ended up driving there as Storm Ali had knocked out the East Coast railway lines, which meant an early start that day! We are looking at interesting research areas within CHAS, so it is really useful to input and to learn from this group.

The next day I had been invited to offer a plenary presentation to kick off the first MHRC international research conference - there were some really good speakers who followed me and together we were able to present to over one hundred delegates from across the UK, but my task was to tell how research can be moved into practice. It was really good to explain this with a photo of the CHAS alphabet magnified 4 meters high on the wall behind me - and there was a whole load of interest, so my thanks to the children who designed our letters. Nicky Bridges, Clinical Nurse Manager at Robin House, also had a lot of interest in her poster presentation which highlighted the findings of her Masters dissertation of the views of fathers who have life-threatening and life-limiting conditions.

I returned to a weekend on call after a full drive home on the Friday night, but early in the morning on Tuesday 25 September, four of us from CHAS set off to commence Immersion Training for Project ECHO. 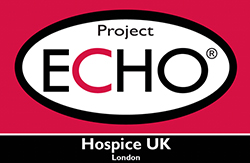 So what is this Project ECHO? It originated out of some work in New Mexico some years ago, but it is rapidly being used across many centres in the world, and seems particularly amenable to use in palliative care in terms of teaching and cascading both knowledge and experience. It democratises this knowledge such that IT really allows all users to be both learner and teachers, and for all to attend from their own desks. It is intended that communities of practice are built up from CHAS, which can act as a hub to reach right across Scotland, and initial subjects proposed include neonatal palliative medicine, the cascade of a children's palliative care network, paediatric trainees' training and by the time the training had been completed I had recorded up to 20 possible communities of practice. Hospice UK is leading on this, but Highland Hospice (whose team members were just such brilliant hosts) is acting as a super hub in Scotland, and "Highland" led the training for CHAS team members, who will take this on a part-time basis, who included: 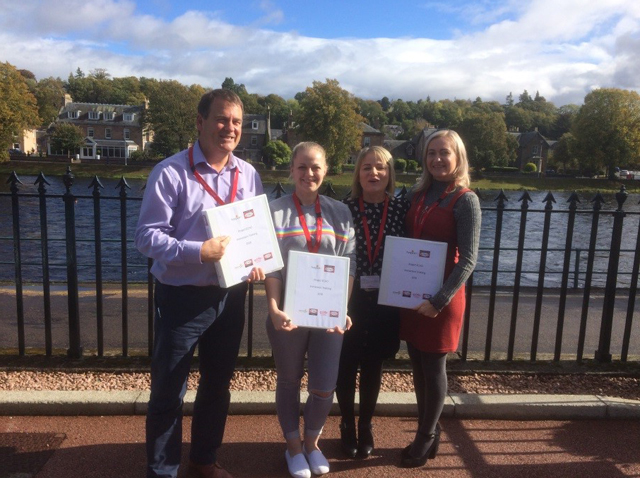 Altogether I am looking forward to working with this "Dream Team" - and here you can see them with me in front of the River Ness outside Highland House on completion of our immersion training. So more to follow at a later date when this is up and moving, which is planned for early in 2019.

Then, a week later CHAS was involved in the delivery of a co-production for the 3rd Glasgow National Paediatric Palliative Conference on Friday 5 October in the Studio in the centre of Glasgow. Yvonne Caie, Clinical Nurse Manager with CHAS, worked hard with Lizzie Gillespie from NHS Greater Glasgow and Clyde to put on a really dazzling programme which included a parent speaker. Sacha Langton-Gilks' son died six years ago, and she spoke authoritatively about her experience and advised, in her opening statement, that "death is not a failure", and I agree. Dr Boutcher, CHAS Specialist from Robin House offered a presentation about symptom management, and it was very well received.

I have learnt to "tweet"(!!) and so I wrote, "Dr Paul Boutcher has Kieran's Mum's consent to tell his and his family's intensely complicated story which illustrates so well the challenge of symptom management." What a story for them all, and CHAS has been privileged to walk alongside them along some of the way, and then to offer learning from this walk. 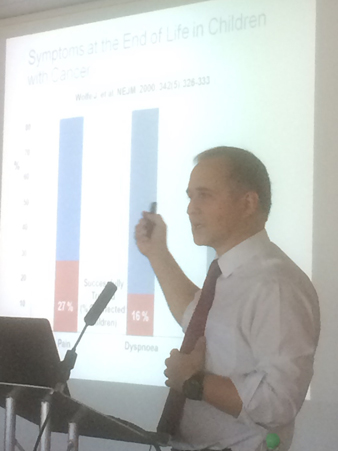 I was pleased to be able to follow up on what is happening across Scotland, not least CHAS' extending reach as it seeks to "Keep the Joy" for so many more "new" families. Lastly, this week has been busy already - I have been up at a planning meeting in Inverness to look at establishing NHS Highland's own Diana Children's Nurse, to see a baby at home who has just been referred to CHAS and to drop into the CHAS at Home Office on Ness Walk and to acknowledge my namesake in the office window: 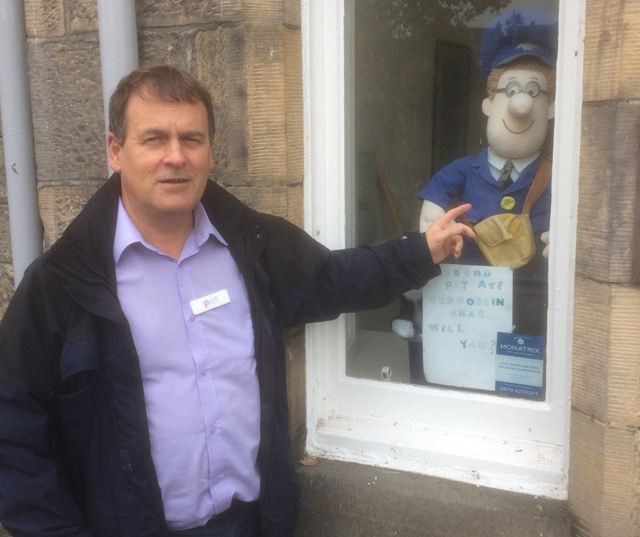 All in all, a fabulously mixed few months, but all with one theme - to increase the REACH of CHAS services to more and more babies, children and young people with palliative care needs right across Scotland.