On Easter Sunday, Theresa May announced that the costs of burials and cremations of babies, children, young people up to the age of eighteen are to be waived by local authorities in England, to bring them in line with Wales. This cost will instead be met by the UK Government, under the new Children's Funeral Fund. This comes after a brilliant campaign by Labour MP Carolyn Harris, who had to take out a loan to bury her eight-year-old son, Martin. 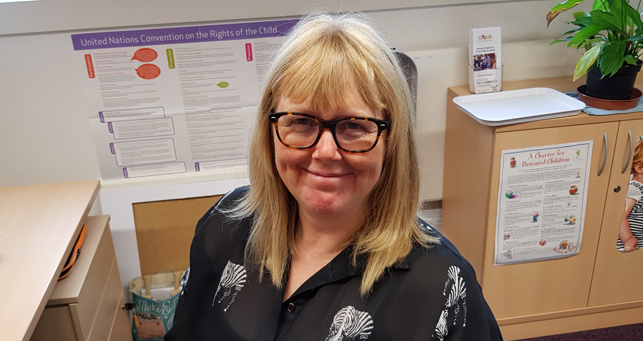 This is fantastic news for England, but it will leave many people wondering, 'what about Scotland'?

At CHAS, we’ve managed to help alleviate a lot of families’ funeral poverty across Scotland by having a relationship with local funeral directors, who often and very generously provide basic funeral packages free of charge for the babies, children and young people that we care for. However, these packages don’t cover for ‘additional’ costs of things like flowers, plots of land, headstones, and orders of services, which can add up to as much as £1,000 for families. Much of this must be paid up front – an impossible situation for many, and often resulting in debt. No parent should ever outlive their child; dealing with the unimaginable heartbreak of that loss is hard enough, without then being placed under financial pressure.

In the last few years, the Scottish Government has allocated £30 million to children's hospices in Scotland, bringing parity with adult services, and very recently announced the Neonatal Expenses Fund: a pot of £1.5 million, which will undoubtedly alleviate the financial pressure of having a newborn baby with a life-shortening condition, and enable families to focus on spending precious time with their child.

Yet while the Children's Funeral Fund in England provides people with the reassurance that they won't face stinging funeral expenses, it's clear that we need to think about how Scottish families can be given the same peace of mind without delay. That's a message CHAS will be sharing with the Scottish Government on families' behalf until funeral charges are no longer a postcode lottery for families going through the hardest of times after losing their child.