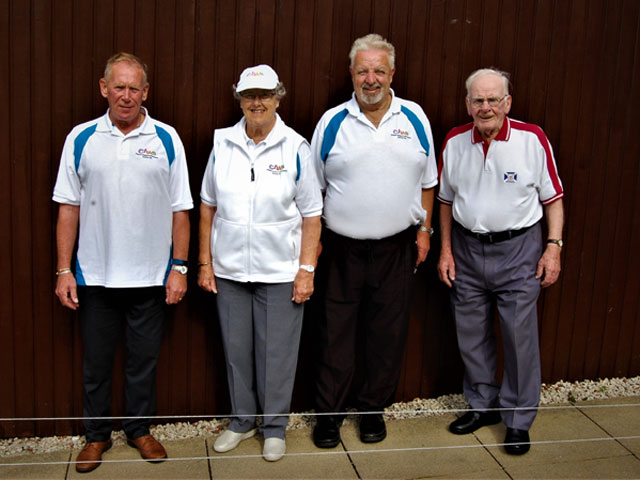 After a wet start to the morning and playing on a very fast and improved playing surface this year, our bowling stalwarts initially played in four sections.

At the conclusion of the section games, the 1st and 2nd placed players in each section went on two play in respective semifinals for the Championship Trophy and the Plate.

With weather conditions having improved, 4 players emerged victorious and proceeded into the final games.

Past Champion, Peter Monaghan took to the green against David Robertson Snr (our 91 yrs old star - pictured on the right of group photo and in action shot) in the final of the Plate. 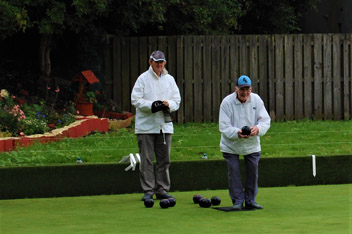 The Championship Final was between Margaret Gunning (last year's Plate Winner) and the other half of the Robertson Clan, David Robertson Jnr. (keep it in the family)

After an exciting and very close game which went to an extra end, Peter Monaghan narrowly defeated David Robertson Snr. to win the Plate (see photos)

This year's Champion is a very proud Margaret Gunning who triumphed against Runner Up David Robertson Jnr. 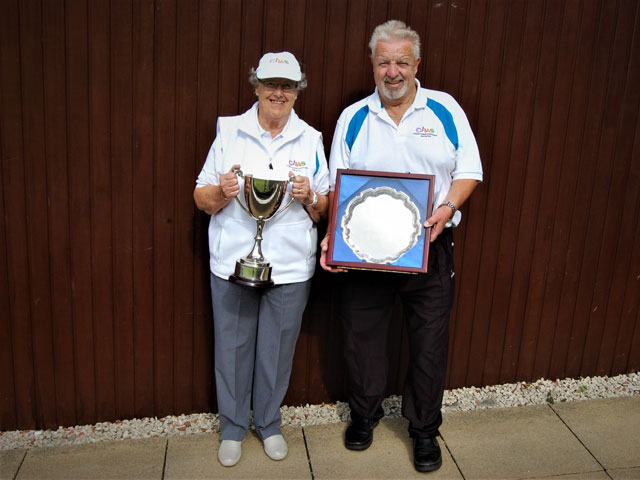 Thank you to everyone who came along and participated in our Club Championship and Plate Competition Day and congratulations to the finalists and Winners for 2018.

Your ongoing support for CHAS again throughout 2018 is greatly appreciated.