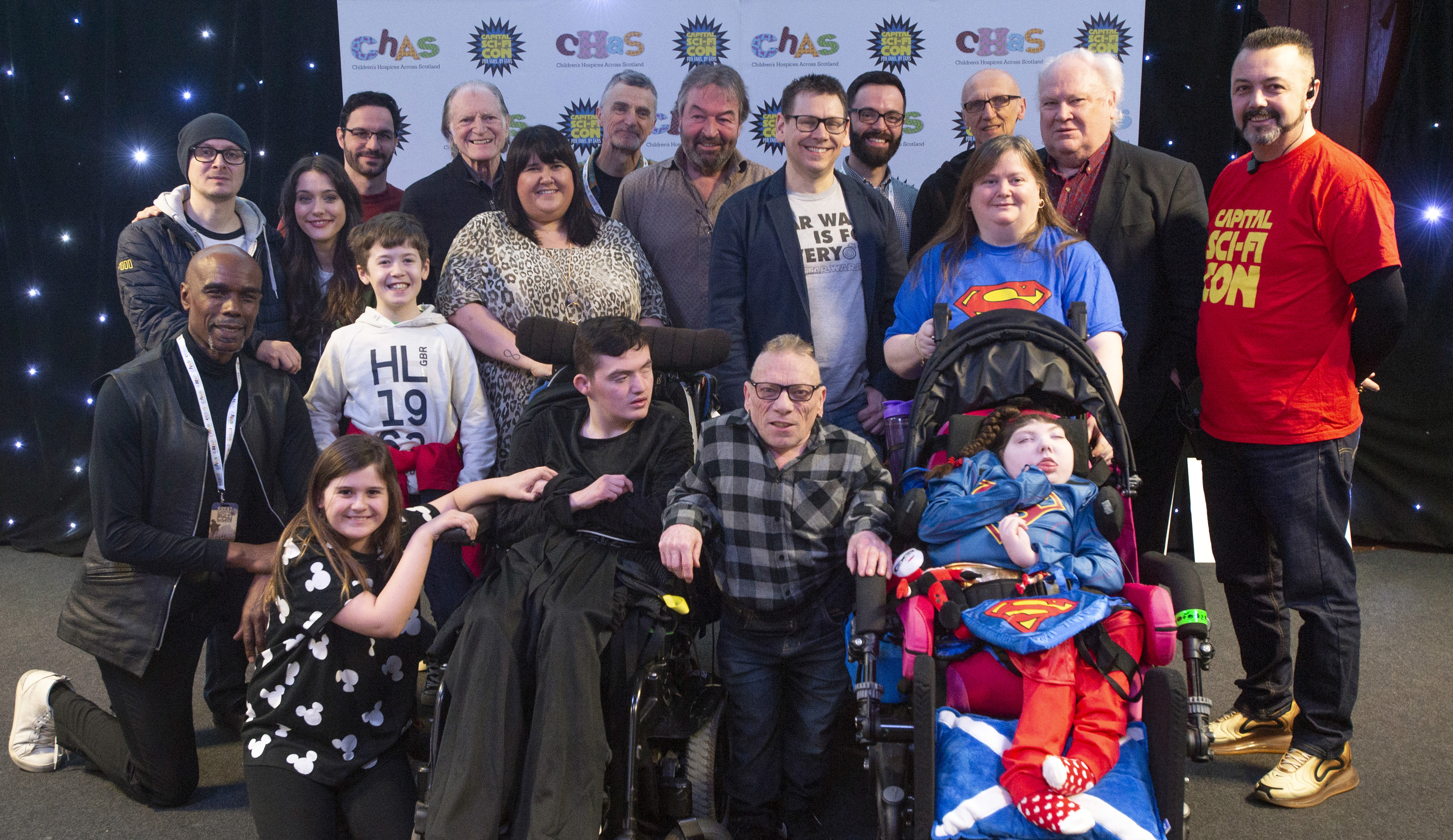 Scotland’s much-loved Capital Sci-Fi Con is set to return for a sixth year on Saturday 13th March and will be held virtually for the very first time, attracting audiences across the globe. The hugely popular pop culture, comic and movie convention is usually held over three days at Edinburgh Corn Exchange, with all proceeds going directly to Children’s Hospices Across Scotland (CHAS).

Undeterred by the fact a physical event would not be possible this year due to the ongoing pandemic, organiser and superhero fundraiser Keith Armour decided to run a virtual version instead.

Tickets to the convention itself cost £3, offering fans online access for the full day. CHAS also plans to host a ‘Week of Geek’ in the run up to the event, with exclusive tickets to exciting attractions such as Ghostbusters and Disney star panel talks at an additional cost.

A live auction and raffle will run alongside the event with a selection of sought-after prizes from stars such as multi-award winning actress Emma Thompson and Sabrina the Teenage Witch actress, Melissa Joan Hart.

Keith and his team of volunteer ‘causeplayers’ have raised an out-of-this-world £312,000 for CHAS through Capital Sci-Fi-Con since 2016 and hope that by going virtual this year they can raise even more vital funds to help the charity continue its important work supporting children with life-shortening illnesses and their families across Scotland.

Last year’s convention raised over £60,000 with the star-studded line-up including patron and Star Wars legend, Angus MacInnes, Harry Potter’s David Bradley, sixth Doctor Who Colin Baker, Game of Thrones star Ian Beattie and many other popular personalities from the worlds of science fiction and fantasy.

This year promises to be just as exciting and fans can expect the same level of family-friendly amazing attractions including high-profile TV and film actors, writers and directors, cosplay competitions, workshops and all the usual top sci-fi traders.

Keith Armour said: “We are working hard behind the scenes to make sure the sixth Capital Sci-Fi Con is a huge success and one of the benefits of running it virtually is that we will hopefully reach a wider audience and new fans all over the world.

“I would like to thank all of the volunteers who work so hard behind the scenes and also all our supporters as, without them, we simply wouldn’t be able to raise as much money as we do. I hope as many people as possible sign up for the 2021 event to help us once again raise vital funds for CHAS. Stay tuned to our website for further updates!”

CHAS Senior Community Fundraiser, Fiona Leslie, said: “We can’t thank Keith and his amazing team of volunteers enough for their dedication to helping CHAS. Since 2016 they have raised a phenomenal £312,000 and these funds have played a key role in helping many children with life shortening conditions right across Scotland and their families.

“Fans can buy tickets for the event through the CSFC website and further details on CHAS’s exclusive additional Week of Geek events and our raffle and auction will also be posted here in the run up to the convention.”

Recent research commissioned by CHAS shows there over 16,700 babies, children and young people in Scotland living with a life-shortening condition.

Throughout the pandemic, the charity has had to dramatically transform the way in which it operates. As well as launching the UK’s first virtual children’s hospice at the beginning of the coronavirus crisis the charity is continuing to prioritise end-of-life and emergency care in hospice and children’s homes as well as supporting the NHS and Scottish Government in this national effort.

For more information on the 2021 Virtual Capital Sci-Fi Con event and to buy tickets visit: https://capitalscificonvirtualedition.brownpapertickets.com/