Team cracks £40,000 fundraising mark after a decade on the green. 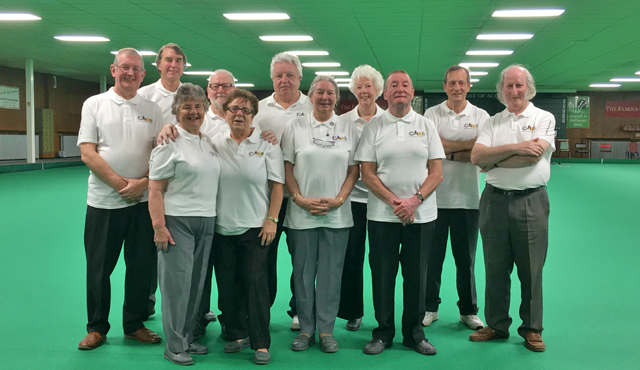 Friends of CHAS Bowling Club are a group of players comprised mostly of retirees who play throughout the year around West and Central Scotland in the outdoor season and at the West of Scotland Bowling at Shawfield in the winter months.

Since forming in 2007, the team have now raised a staggering £43,811.35 for CHAS, confirmed at their AGM which took place on Sunday, 3 February. The team are always keen to expand their numbers and invite new members to join in the fun.

"I've seen first-hand the work that CHAS does at Robin House; it's such a caring environment for families with children who have life-threatening conditions. Being a father of three myself, it's hard to imagine the situation that the parents are in at Robin House and Rachel House. They support families tremendously.

"I've been bowling for 50 years but in the last 12 I've had the immense pleasure of playing with people from all over the country, who share the same goal to raise money for CHAS. We welcome all bowlers at any level of playing. It's an open invitation - just come along and have a bit of fun!"

"This just goes to show that even the most leisurely pursuits can go a long way to raising the necessary funds to sustain what we do at CHAS. We are immensely thankful to the team for their ongoing efforts, and to those players and teams from near and far who get involved. Hopefully this is an inspiration to hobbyists everywhere!"